It’s only rock & roll… but I like it!
So put another dime in the jukebox baby, cause today we’re in Cleveland, Ohio at the Rock & Roll Hall of Fame! 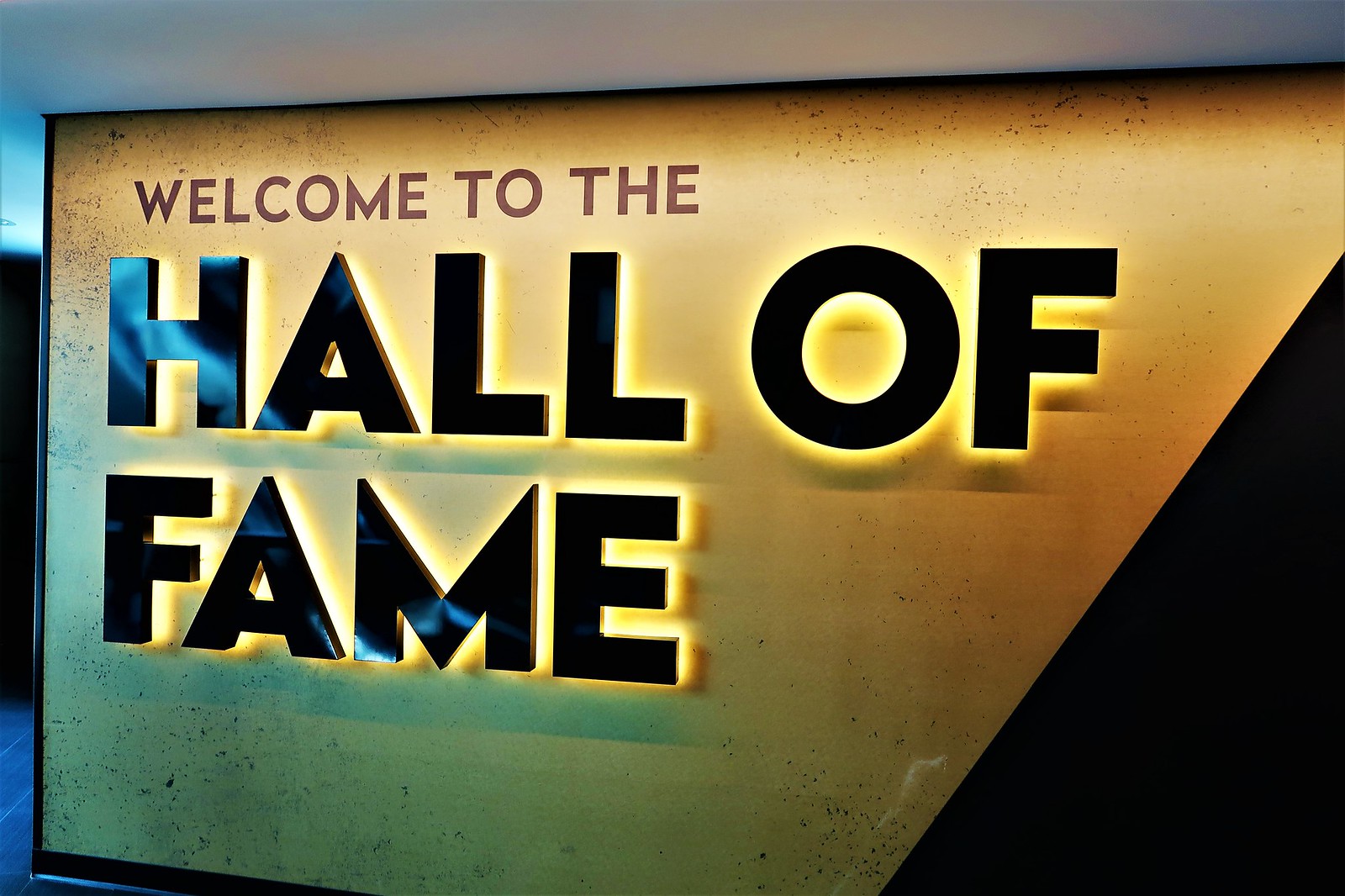 What’s significant about Cleveland and Rock & Roll you might ask?
Well, the name Rock & Roll was coined by a local DJ right here in Cleveland! 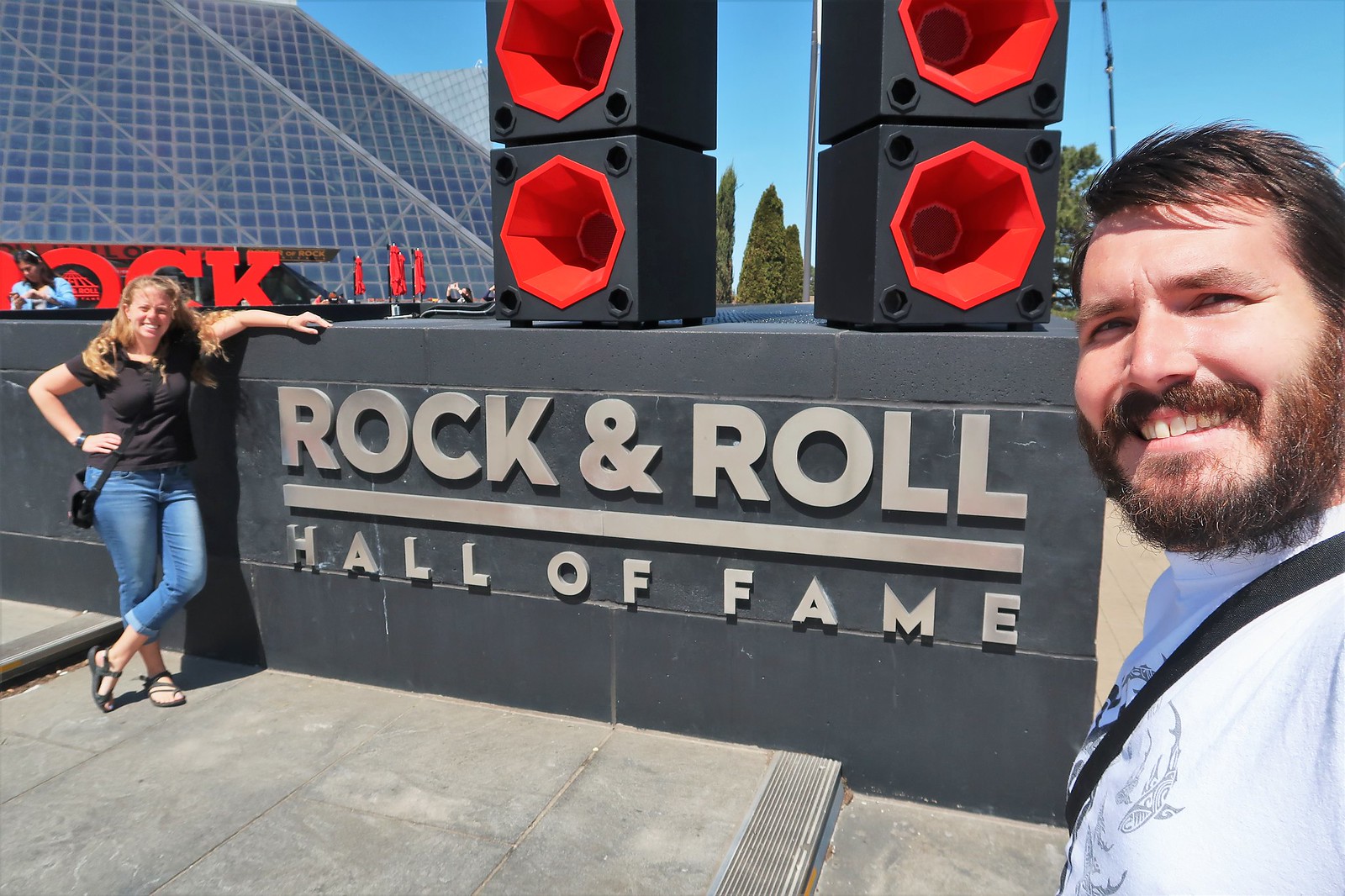 We have mixed feelings about this museum of Rock and Roll.
While, Rock music is AWESOME! We feel most of the items here aren’t much different than what we see at any Hard Rock Cafe restaurant. Granted… there is more of it here, so let’s get rolling! …. and rockin’!!

What Exactly Is In Here? 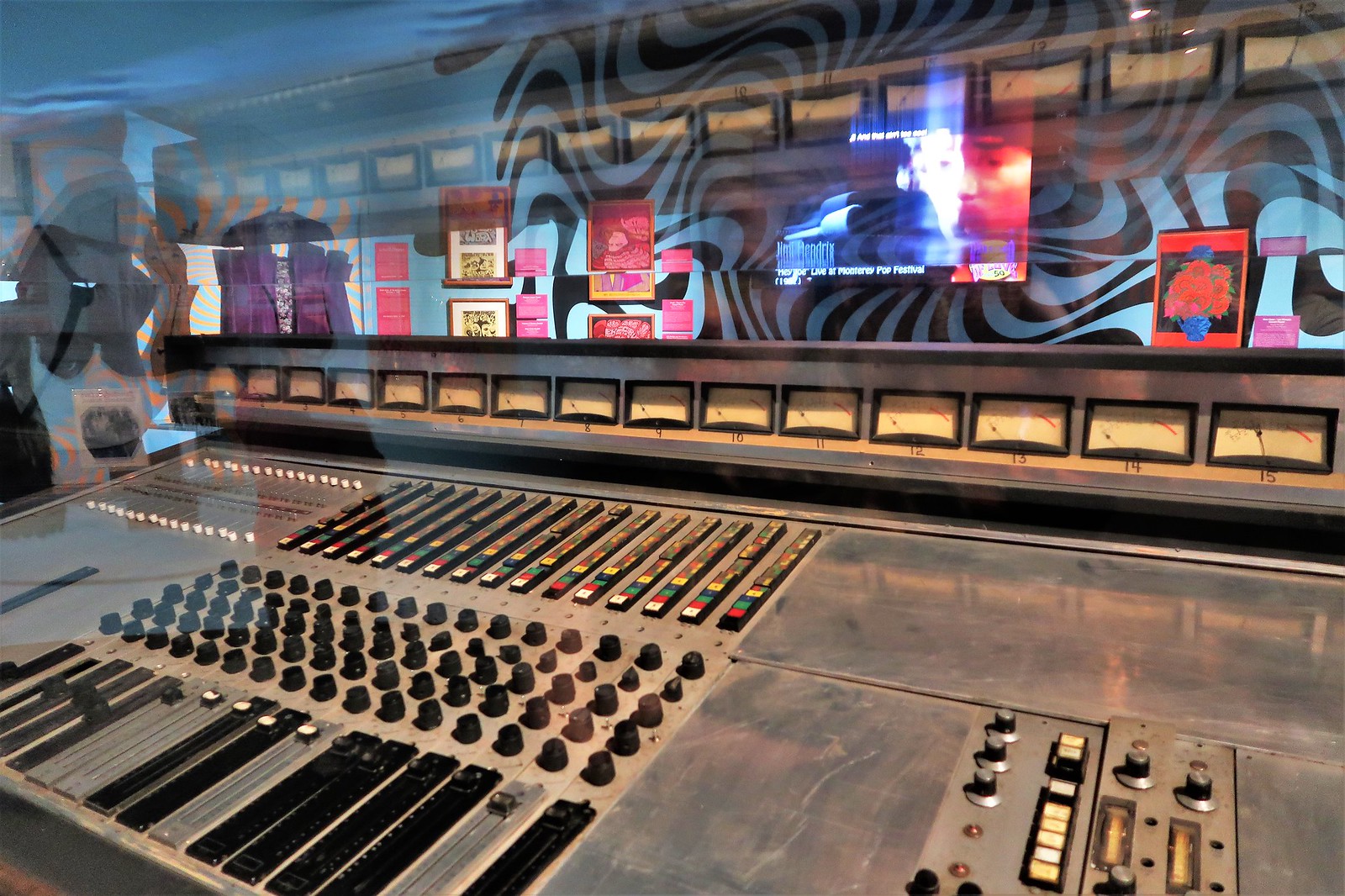 As well as jacket (There’s some John Lennon & Rolling Stones stuff slipped in there too). 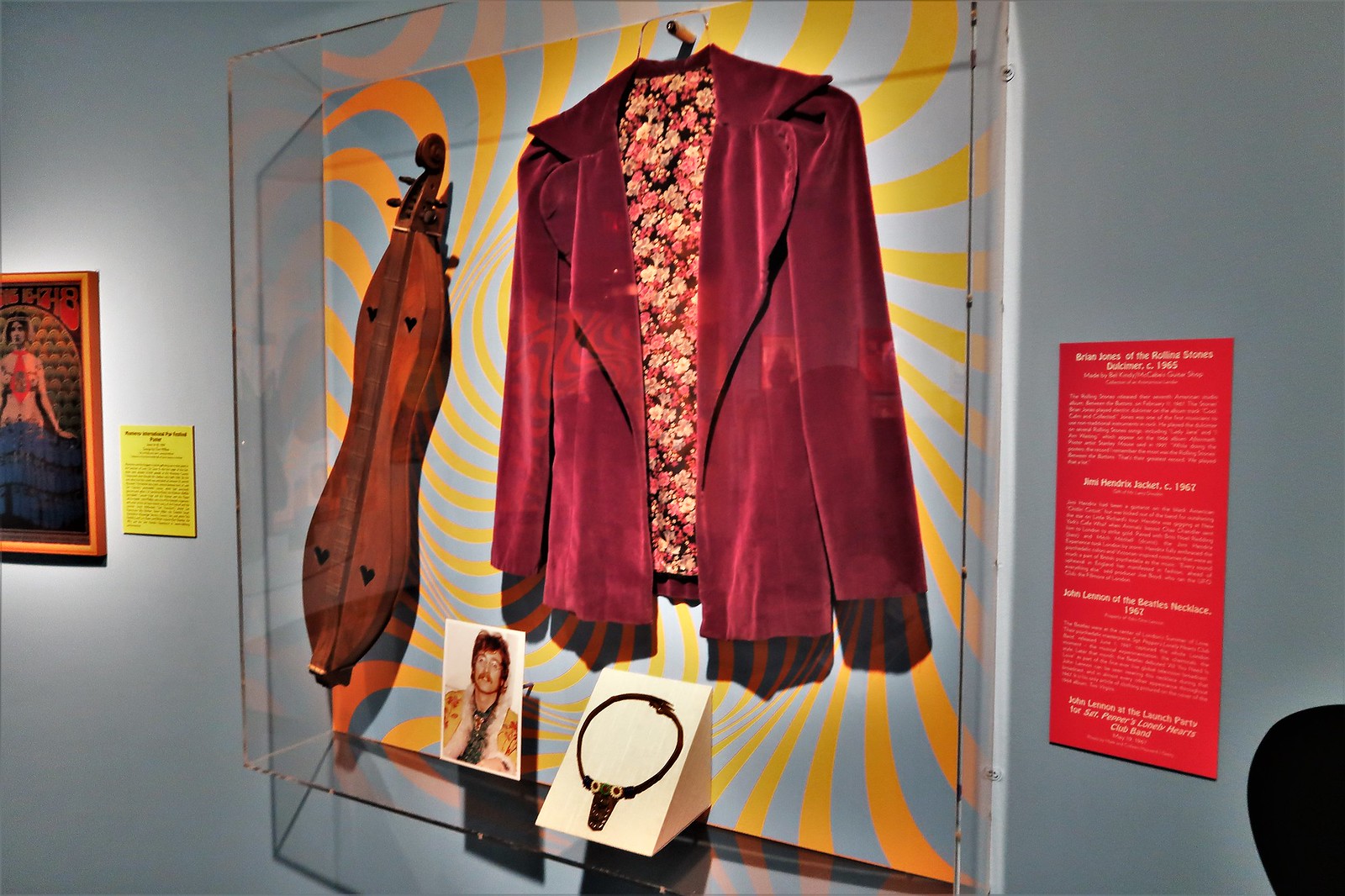 There’s a ton of elvis stuff! 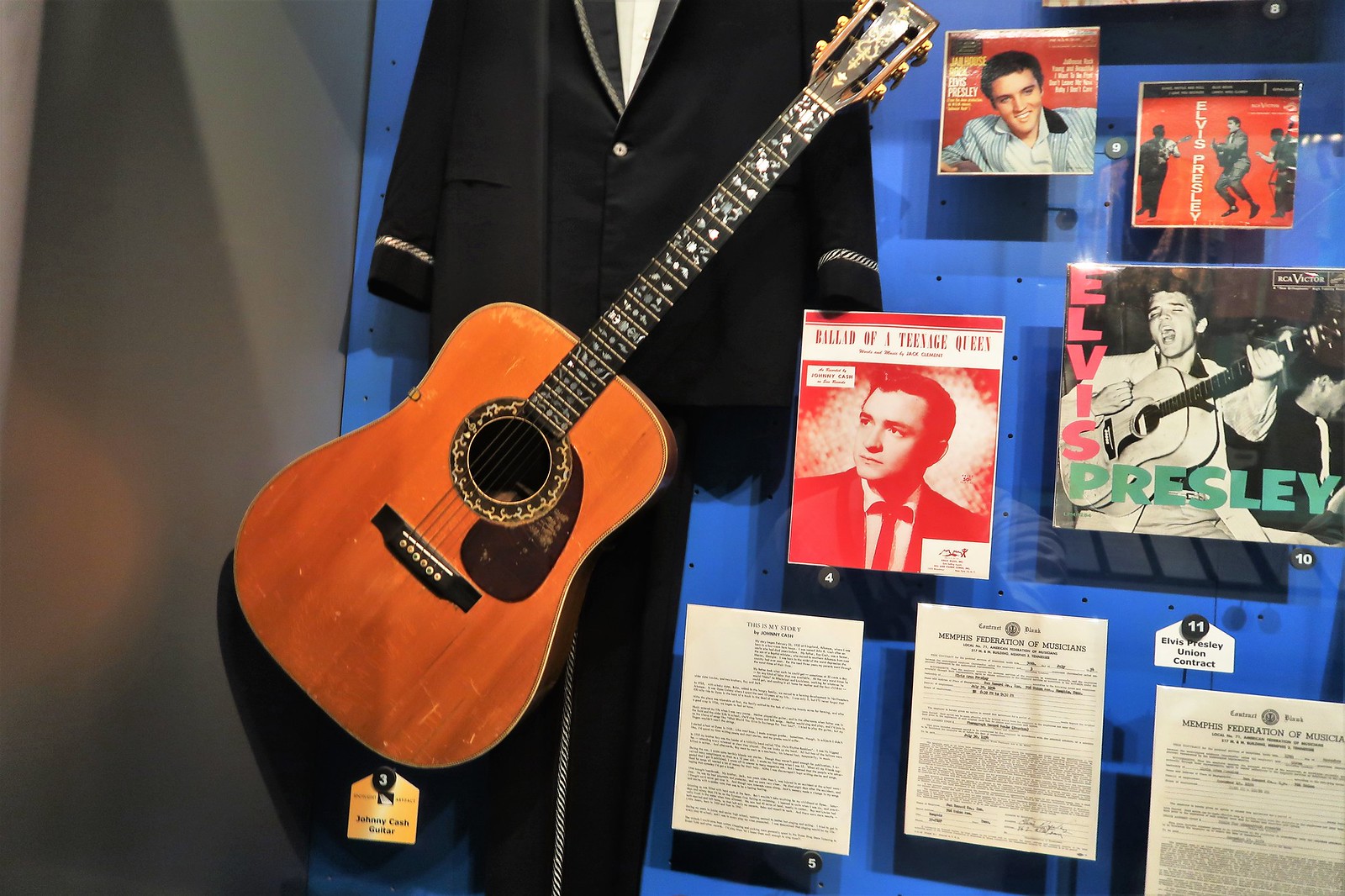 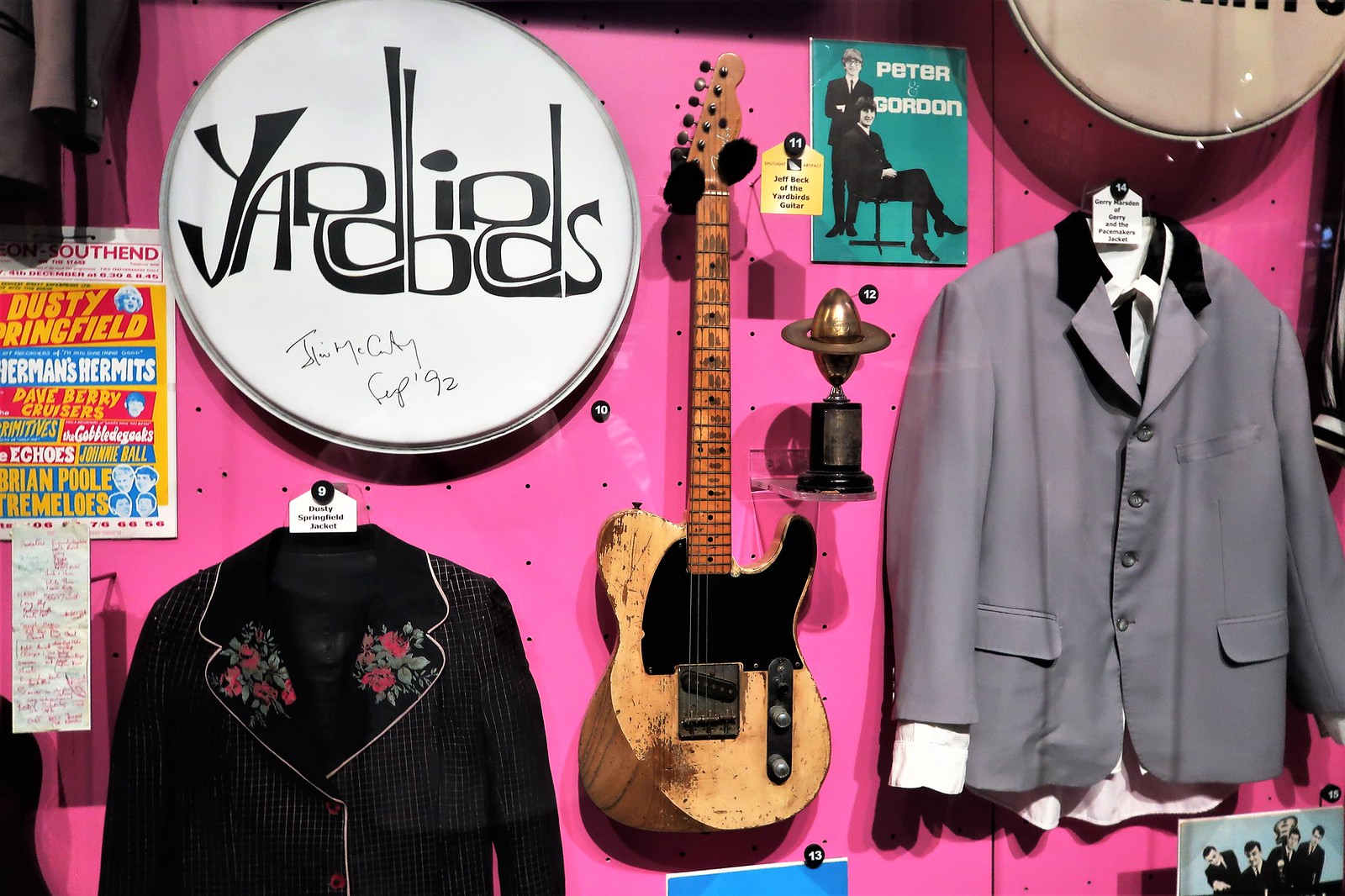 Here’s the guitar with which the studio recording of Hotel California was made! 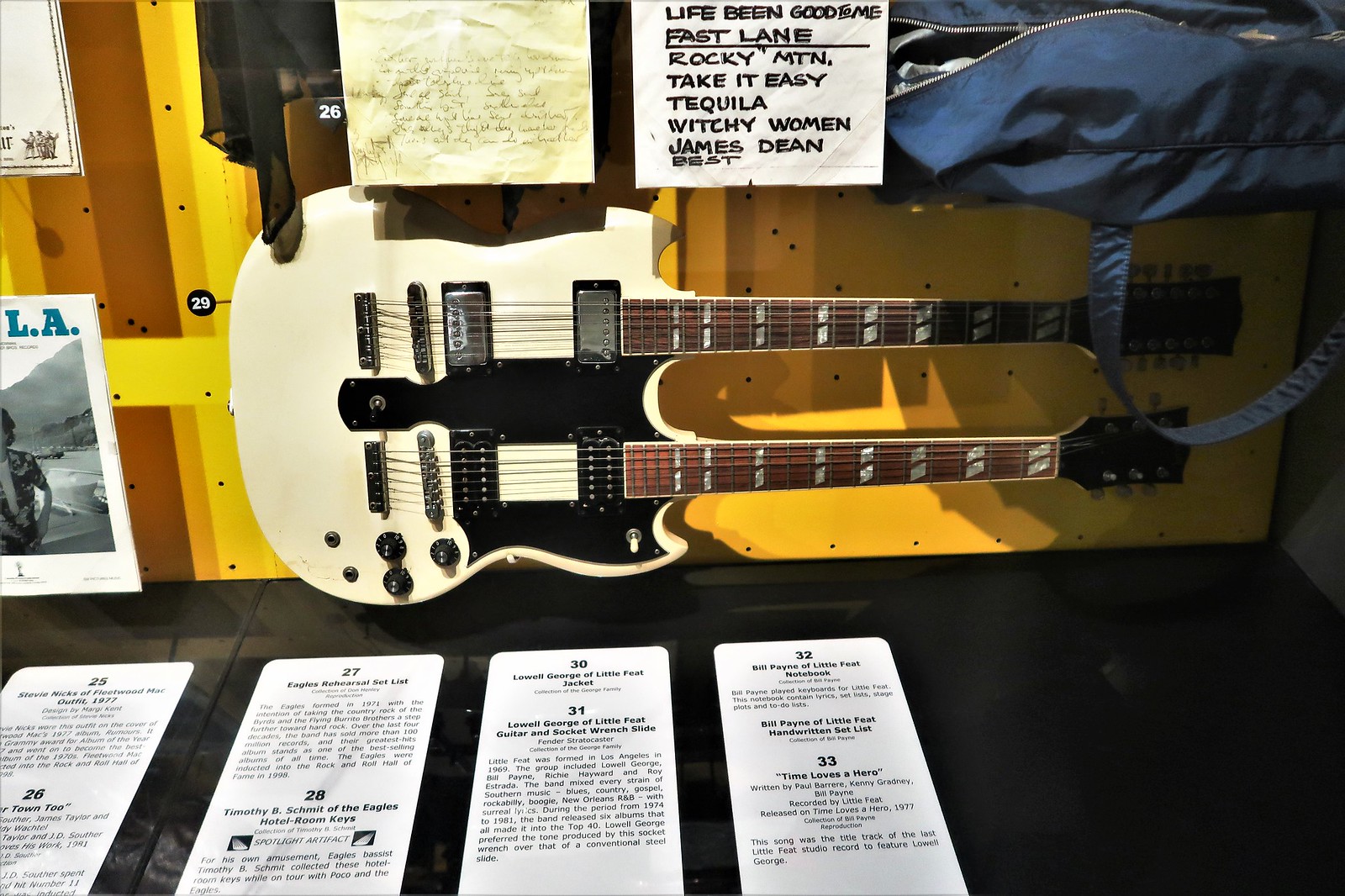 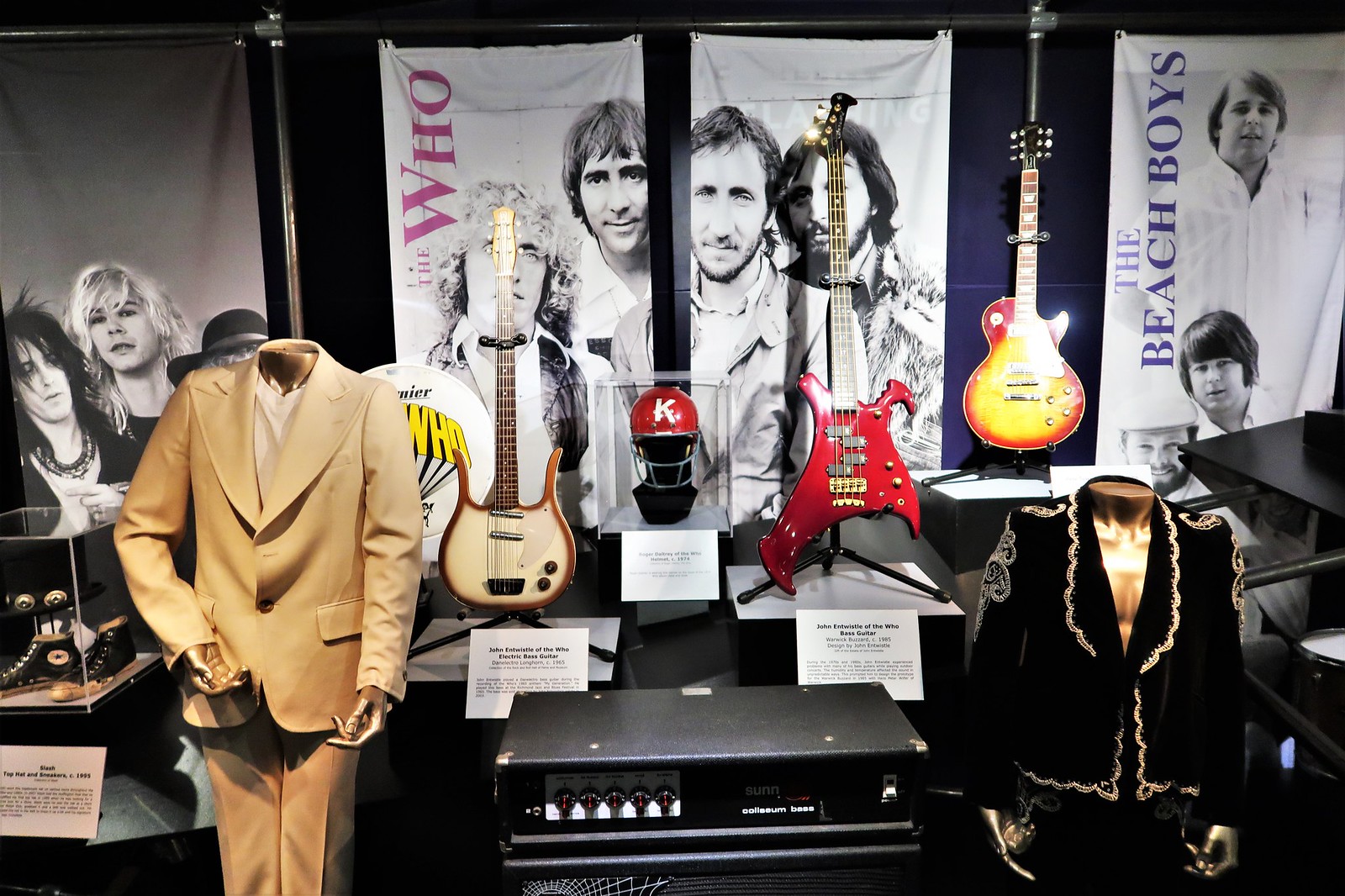 And you can’t argue with the fuzzy drums of ZZ-Top! 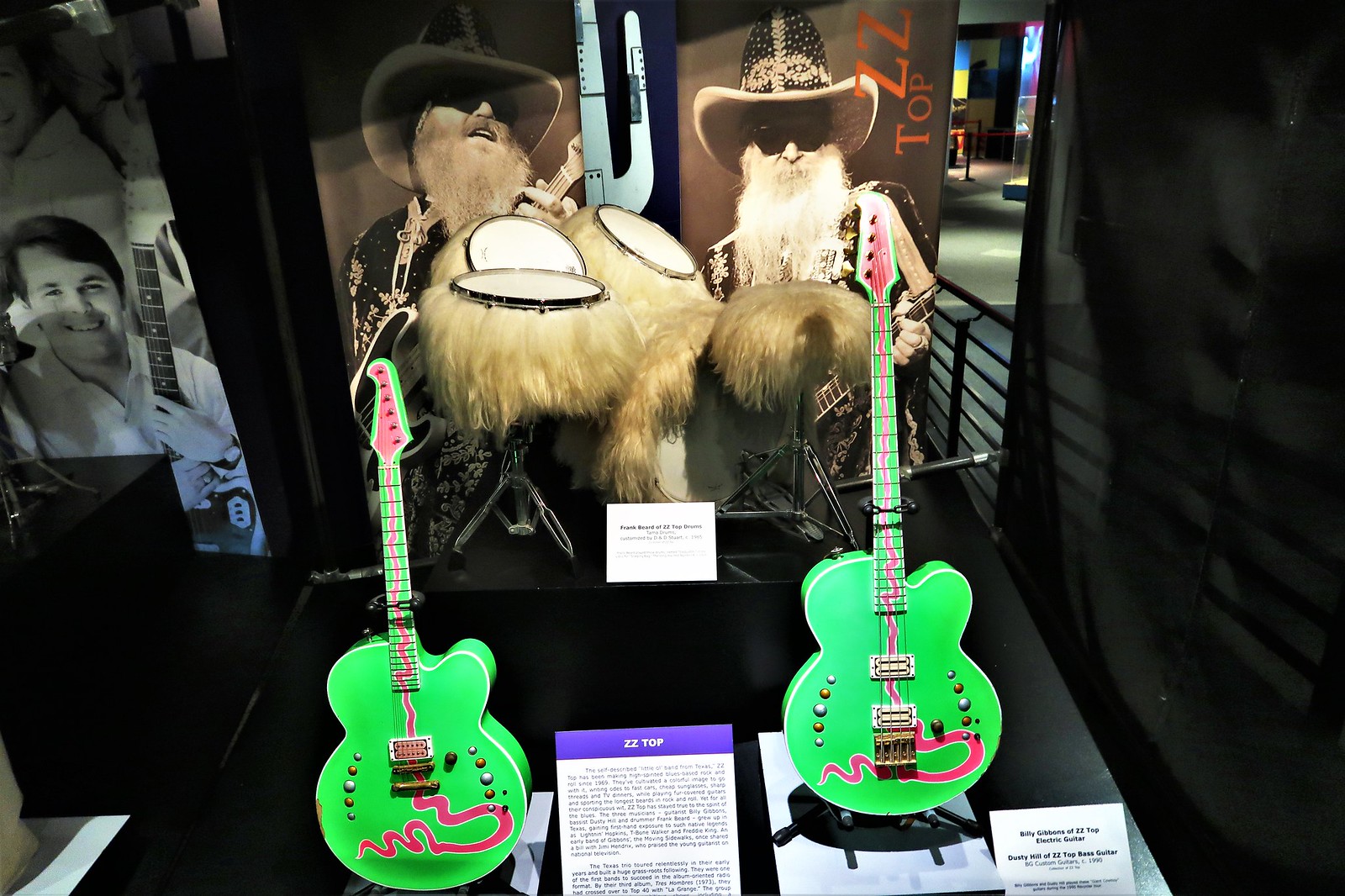 Check out this sweet get-up of John Paul Jones of Led Zeppelin!! 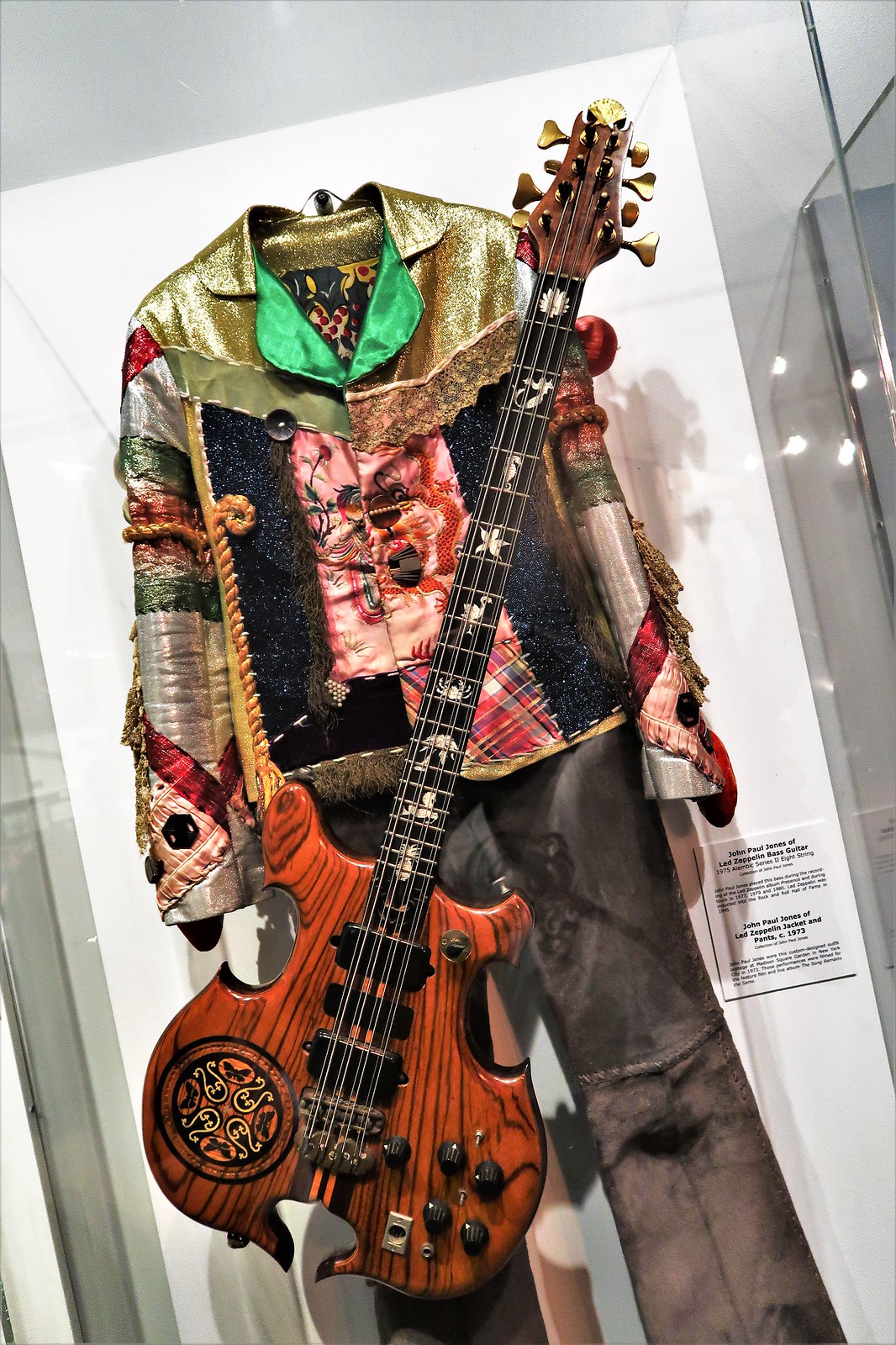 I’m really digging that sweet bass with both bass and guitar gauge strings!! 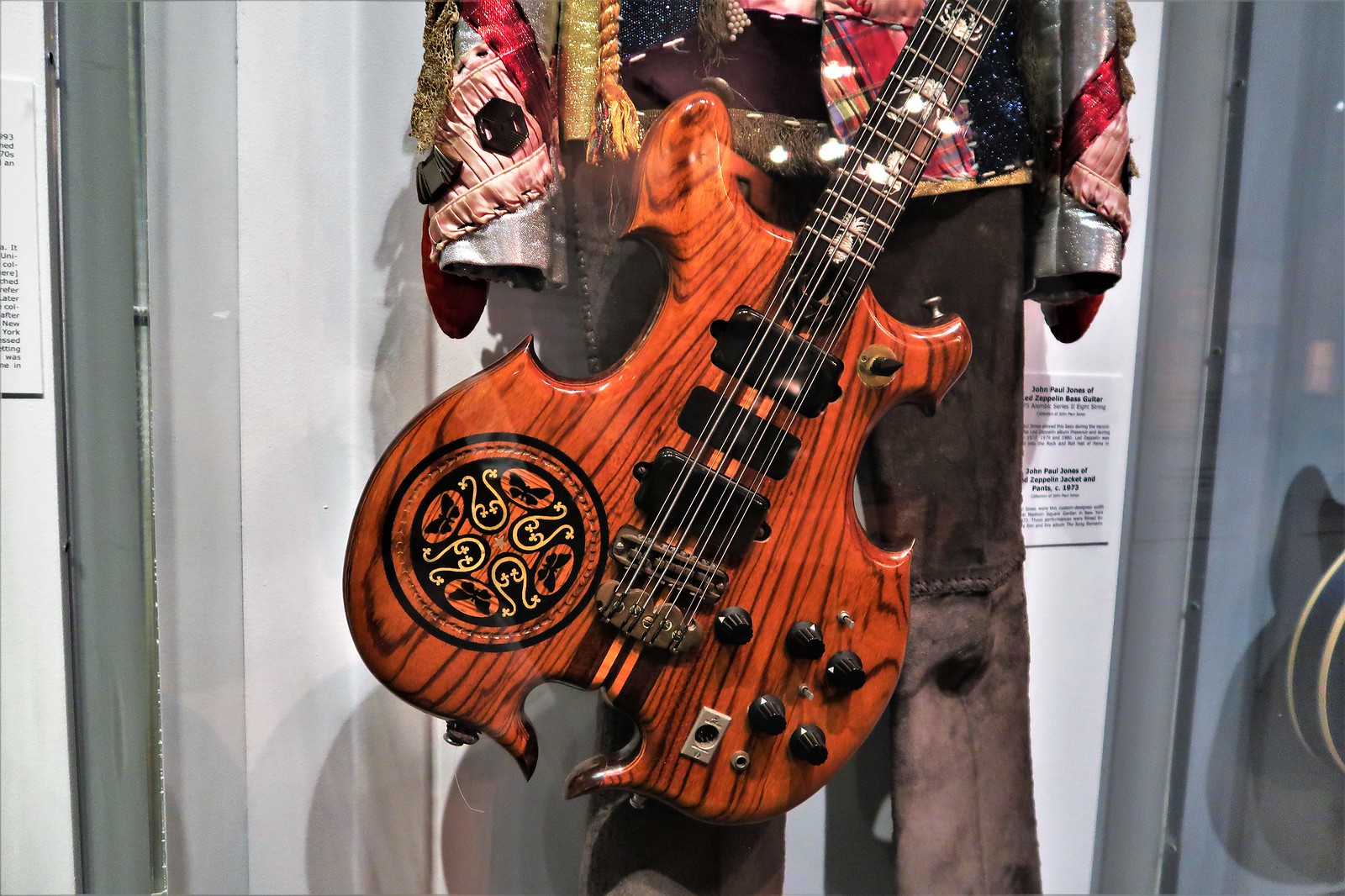 Here’s a guitar of Roy Orbison 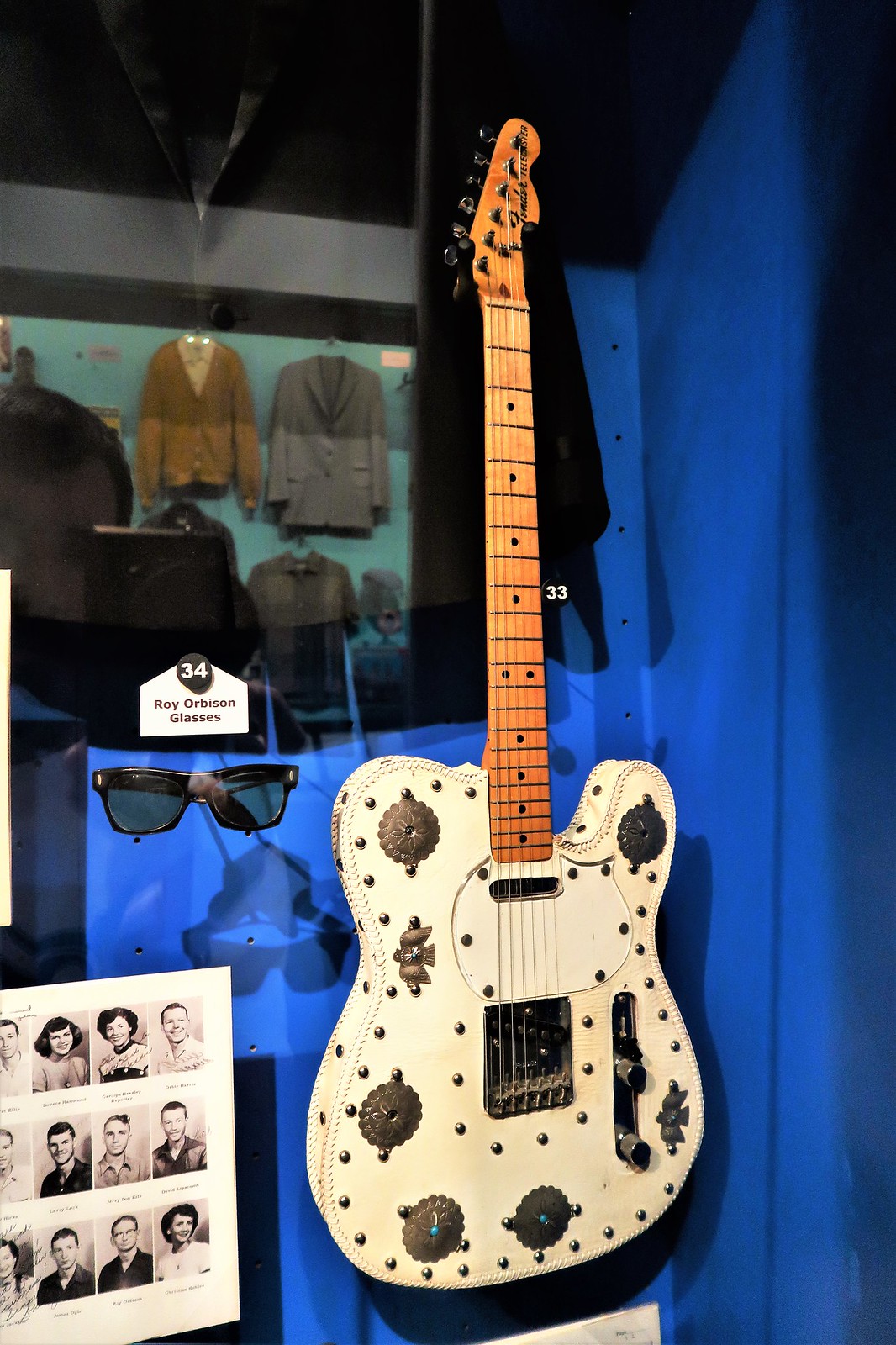 The featured artist for out visit is John Mellencamp. Periodically they rotate through different exhibits. 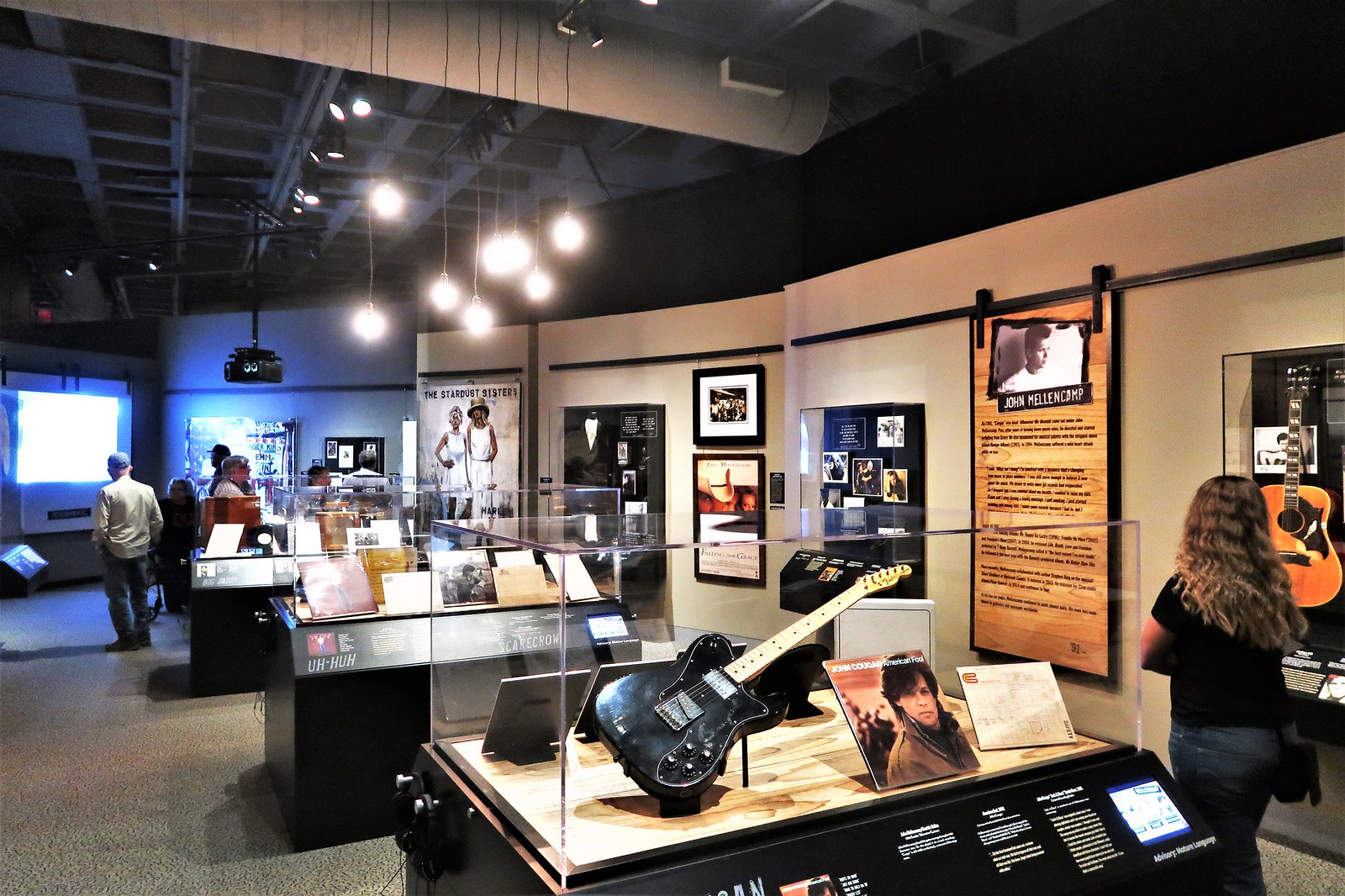 If you’re into the beatles, there’s a sweet section featuring a couple John Lennon guitars 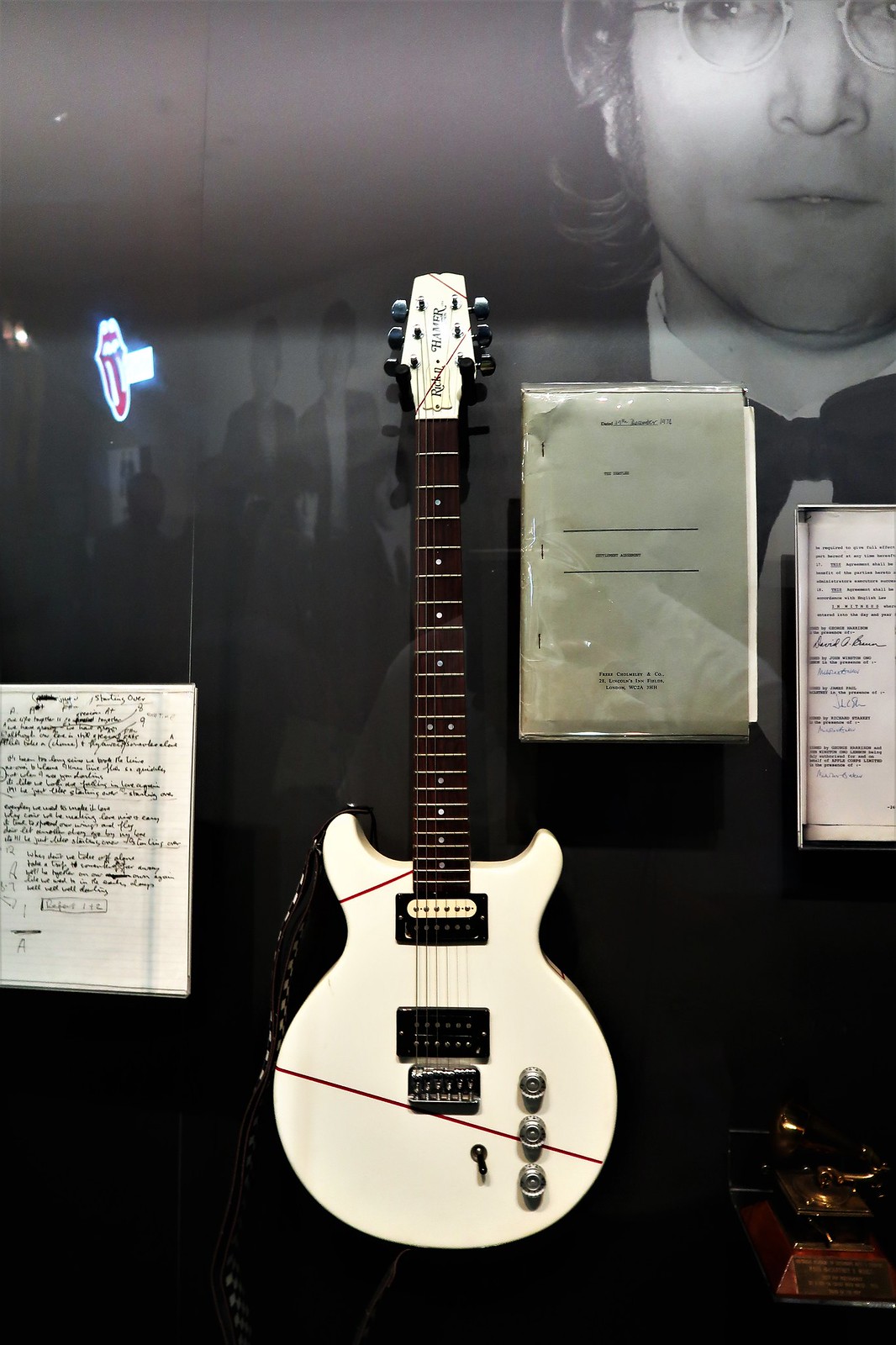 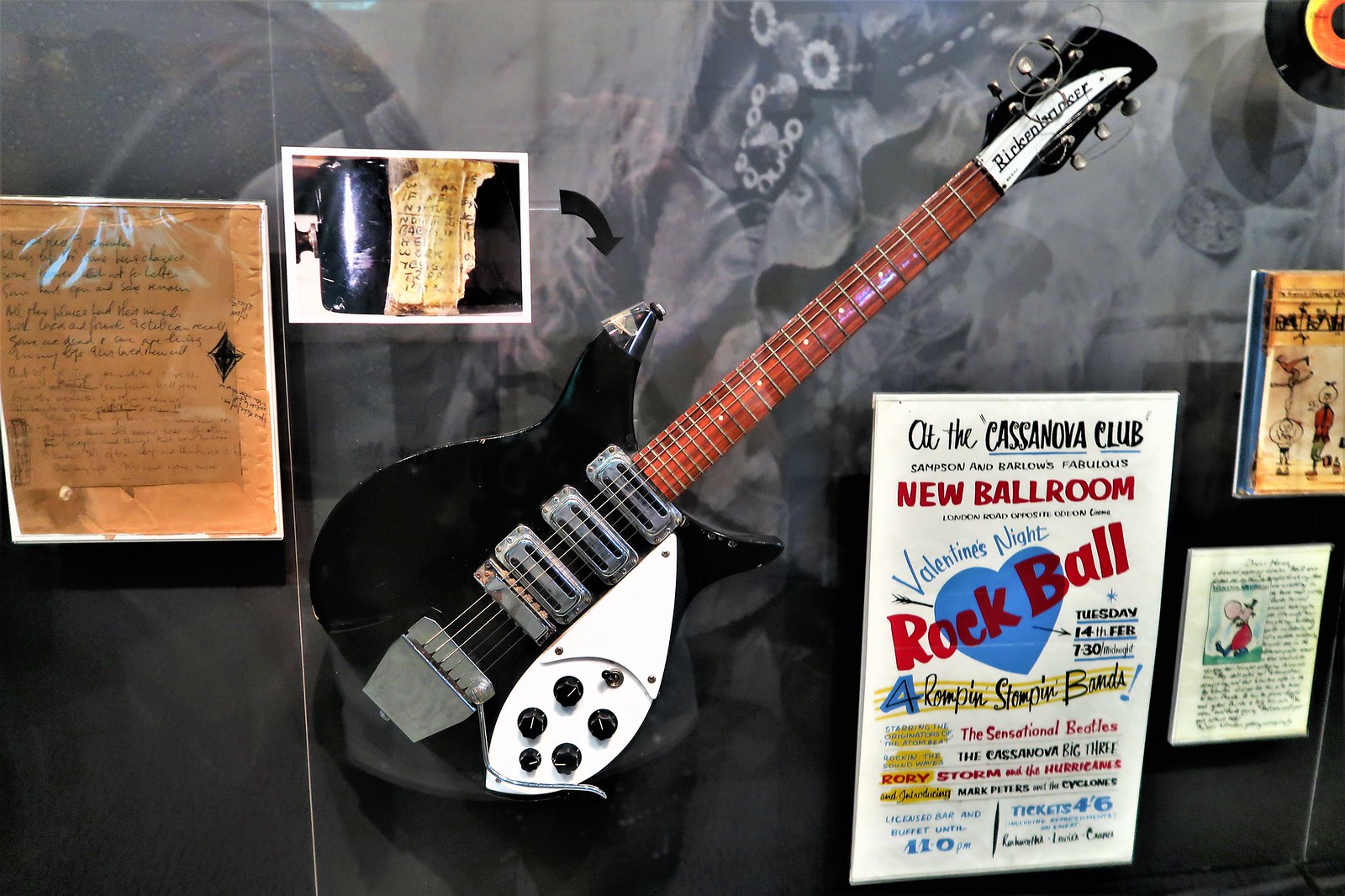 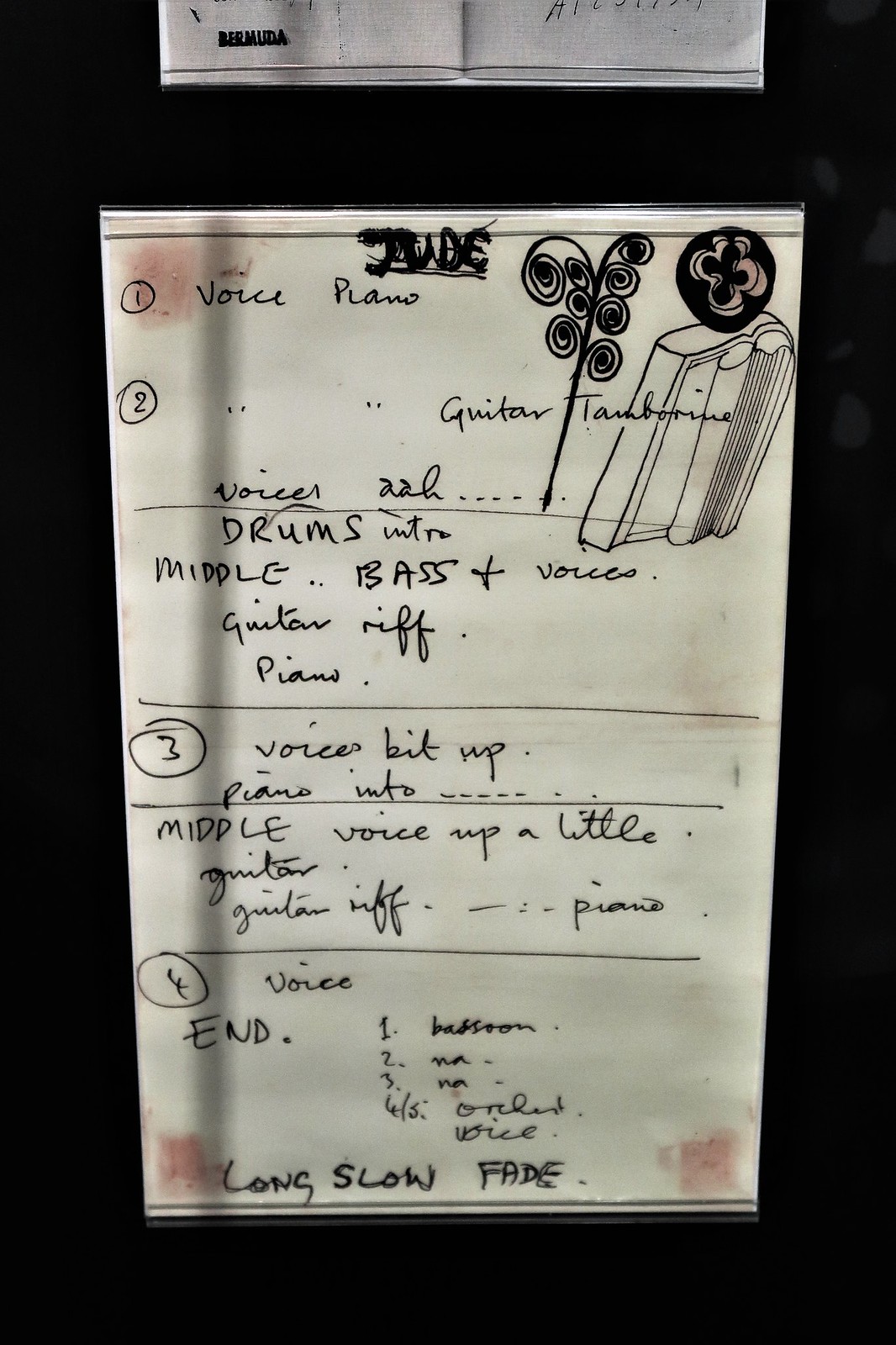 There’s a pretty interesting story about the writing of Free Fallin’. If you have some time, you should definitely check it out here! 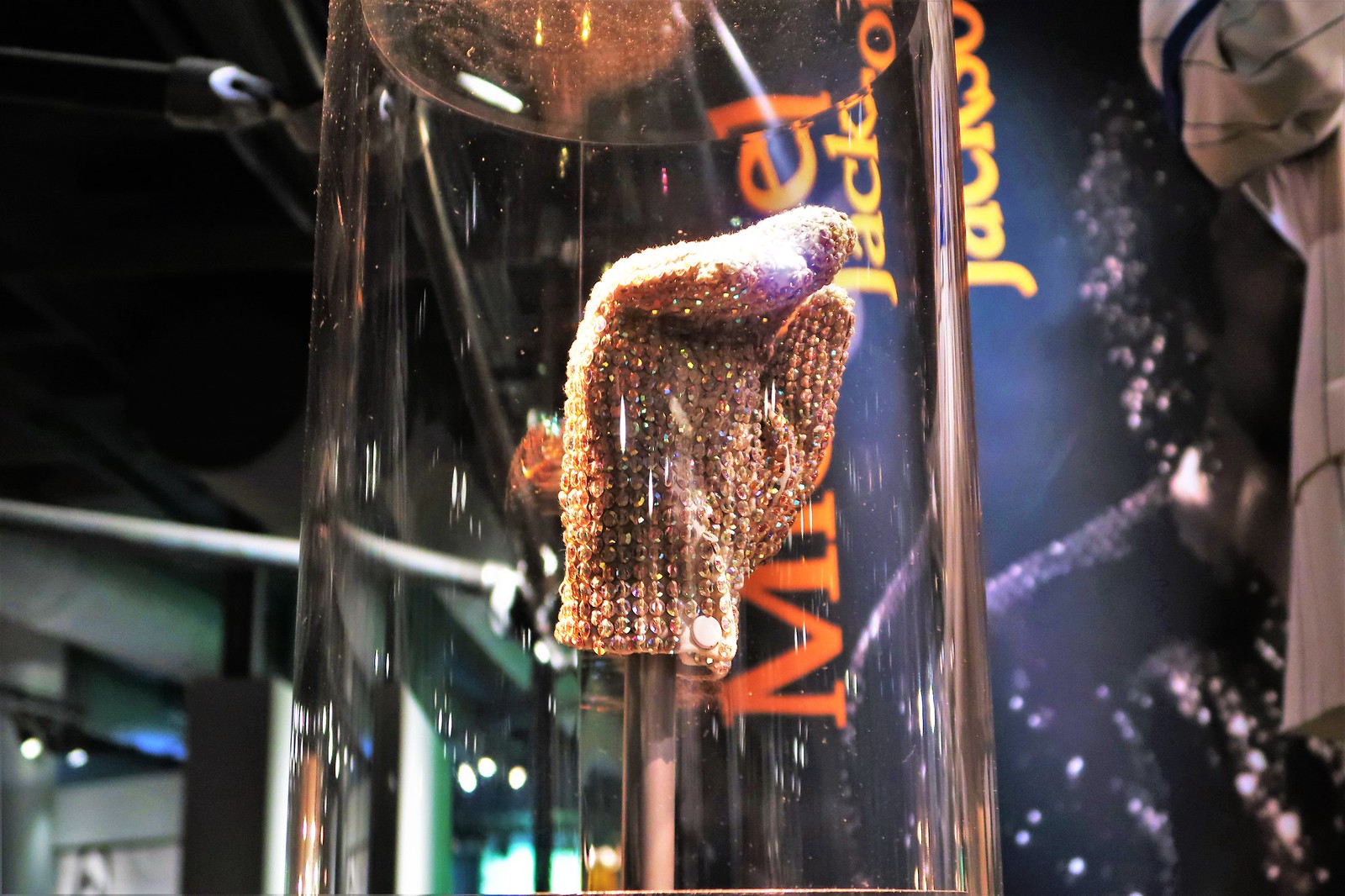 Yep, it just sits there rotating for all to see!